Home Staff Board of Trustees 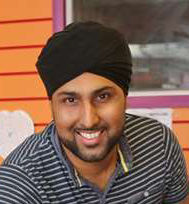 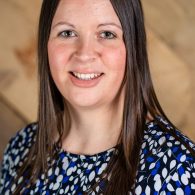 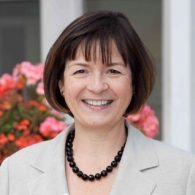 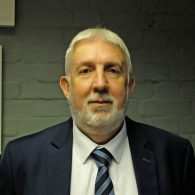 Trustee Natalie is a fully qualified chartered certified accountant who runs a firm of accountants in Rochester called Accounting Connections Limited. She has been in the accounting industry for nearly 17 years and running her own business for just over six years. Natalie says, “helping people is a huge part of who I am and what drives a lot of the decisions I make. I have been a volunteer of the Medway Foodbank since 2016, and do this in conjunction with running my business and looking after my three children.” Natalie was personally given the runner up award at the 2020 Kent Women In Business Awards for “Business Woman of the Year (Over 5 Years)”, and Accounting Connections Limited has recently received an SME Business Elite Award for being “Best Accounting Firm, 2021 – Kent”   *End* Close bio

Gillian trained as a Registered Nurse at the Western Infirmary Glasgow in 1977 and attained her Intensive Care Certification in 1980. She gained her first Nursing Sister role in the Surgical Receiving Unit of the Royal Alexandra Hospital in Paisley, Glasgow in 1982.

Gillian continued to work at a Senior level within the NHS and Private Healthcare Sector, while bringing up her family which Included: Nights Manager of the High Dependency Unit, Wythenshawe Hospital, Manchester and Ward Manager, Ashtead Hospital, Surrey.

In 1989, Gillian moved to Royal Tunbridge Wells in Kent and while bringing up her family and looking for work, became interested in elderly care and Gerontology.

Gillian gained English National Board Certification in Nursing Elderly People and Teaching and Assessing in Clinical Practice in conjunction with a Diploma in Care Home Practice and Management, from Canterbury Christchurch University College in 2003 and has predominantly worked within the elderly care industry since.

Gillian was proud during her tenure, to receive “Outstanding” for leadership, from the Care Quality Commission.

Gillian is registered with The Nursing and Midwifery Council and is a Member of: The Royal College of Nursing, Institute of Directors and an Honorary Member of the West Kent Chamber of Commerce, of which she was President of, from 2016-2019.

Paul is originally from the East Midlands and spent most of his early life in Germany and the Middle East, as his father was in the Royal Air Force.

Paul first started his professional life working for the Metropolitan Police before having a long career in financial services, having worked in banking, insurance, investment management as well as in both the public and third sector before moving into management consultancy.

For many years Paul was a school governor of a local Kent primary school, where he chaired various committees.

Paul lives with wife in West Malling, has two grown children and two grandchildren plus a Dalmatian, all of whom keep him busy.

Paul is a keen follower of most sports, especially football with Tottenham Hotspur, and is now attempting to play bowls at a reasonable standard. 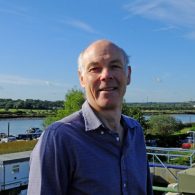 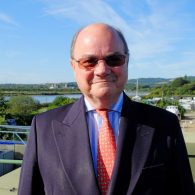 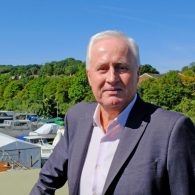 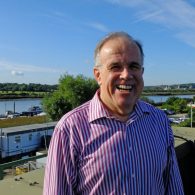 Robin has been a trustee of Rapport Housing & Care since 2016. Married with two sons he lives in the St Johns area of Sevenoaks. With a background in banking and finance Robin became increasingly involved in housing, working for a period for the Homes and Communities Agency, the government agency responsible for social housing. He also became a trustee of Rapport Housing & Care as a result of the experiences of his own family members. He is now semi retired, enjoys the theatre and tries to play golf. Robin says: “Being a link trustee allows me to meet residents in my local area and gain a better understanding of our residents’ needs which I hope will help me as a trustee for the whole organisation.”

Born in September 1951 in Rio de Janeiro, Brazil, Tim attended The British School and came to England at the age of eight when his parents returned to the UK.

He attended Victory College at the Royal Military Academy Sandhurst and joined his Regular Army unit, the 1st Battalion The Queen’s Regiment, in January 1975.

He commanded rifle platoons in the Ardoyne, Belfast, in 1975 and the Creggan, Londonderry, in 1976. In 1978 he served as Regimental Signals Officer for the Battalion in Andersonstown, Belfast, and left the Army in August 1979 in the rank of Captain.

After taking the Common Professional Exam at Bristol Polytechnic (now the University of the West of England) in June 1980, he took the Solicitors’ Finals Exam at the College of Law at Lancaster Gate in June 1981 and started his two years’ Articles with Thomson Snell & Passmore at their Tonbridge office in August 1981. He has lived in Tonbridge since then.

Having helped at their Covent Garden and Maidstone offices, he then moved to work in London in 1989, where in September 1998 he left his firm in Staple Inn, Holborn, to work in Notting Hill for a married couple as their in-house family Solicitor, buying and selling large London houses in Kensington and Chelsea.

He has played soccer, rugby, squash and cricket, has rowed at stroke for his college eight and the veterans’ eight at Bewl Water. A moderate golfer he now plays at Royal Ashdown Forest GC, where he is currently on the General Committee, whilst also serving on the Kent Committee of ABF The Soldiers’ Charity.

Tony Searles was born in Chiselhurst, educated at Swanley School and London School of Media & Printing worked in the paper industry for 25 years. He has lived in the Swanley area all his life and was elected as Mayor of Swanley in 1994.

Tony has also been a Sevenoaks District and Local Councilor on and off for the past twenty five years. He has served as a Non-Executive Director of a local NHS Mental Health Trust and is a Trustee of Alzheimer’s & Dementia Support Services.

Tony is married with four children and two grandchildren, enjoying the theatre, winter sports and spending time with his family. Tony says: “Being a Link Trustee enables me to interact with the staff and residents and provide help wherever while promoting the organisation”.

Having spent the first twenty years of his working life in wholesale and retail horticulture, Steve took the decision in 1990 to change career and enter the world of social housing.

In 2000, Steve moved to the Origin Group as their Policy and Regulation Manager, which incorporated the role of Company Secretary, where he serviced the different Boards of the Association.
After 4 years with them, he became Chief Executive of Bexley Churches Housing Association, where he spent eight very happy years.

Since leaving BECHA, Steve has done a variety of different jobs including being the Interim Chief Executive at Quo Vadis Trust, which is a supported housing organisation providing support to people with mental health problems.

Until retiring in December 2019, Steve was the Business Development Manager at Medway Voluntary Action, where he provides support to small local charities, as well as looking to see how the charity can diversify.