Residents of Edward Moore House Residential Care Home in Gravesend were put under a spooky spell this week, when magician, Magic Billy, joined their Halloween party.

Halloween spirit was in the air at the Trinity Road Residential Care Home on Tuesday 29th October, when residents and staff enjoyed their annual Halloween party.

With the dining room adorned with plenty of ghoulish decorations and enough witches’ hats for everyone, residents and their guests took their seats, eagerly awaiting the arrival of Magician Billy.

The magician kick started the party with plenty of tricks, as well as treats, conjuring up birds and bunnies and involving his amazed audience in his show. The residents were delighted with the final trick, which involved an adorable bunny for them to meet!

Following the magician’s petrifying performance, partygoers were invited to enjoy a tipple, something to eat from the buffet and some themed music and games.

Christine Hutchinson, General Manager of Edward Moore House said: “Everyone had great fun at the Halloween Party, the magician was very impressive and really left the residents asking, ‘how did he do it?!’

“It was lovely that some family and friends joined us for the celebration too, which resulted in a thoroughly enjoyable afternoon for all.” 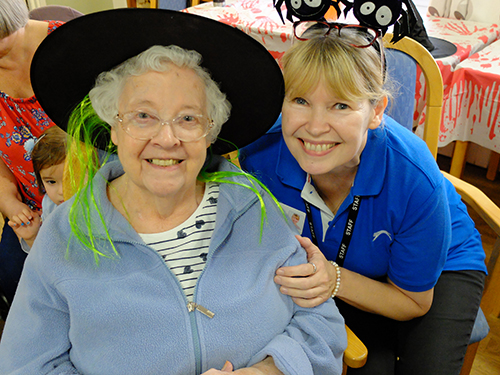